Rt. Hon Sir John Redwood MP was born in Dover, Kent in 1951. He was educated at Kent College, Canterbury and Magdalen College, Oxford. His spare time interests are cricket, water sports and gardening.

From 1972 to 1987, he held the distinction of being a Fellow of All Souls College, Oxford. His business career has included being an Executive Director of N M Rothschild, (a leading merchant bank), non-executive chairman of Norcros plc (a quoted industrial company). He is currently chairman of Maybey Securities, a financial services company.

In the 1970s, he was an Oxfordshire County Councillor. In 1983, he served Margaret Thatcher as Head of the Downing Street Policy Unit prior to entering the House of Commons as MP for Wokingham in 1987. Mr Redwood was Minister for Corporate Affairs at the Department of Trade and Industry (1989-92) and Minister for Inner Cities (1992-3). He was appointed Secretary of State for Wales in May 1993 and was made a Privy Counsellor.

In June 1995, he resigned from the government to challenge Premier John Major for the leadership of the Conservative Party. He subsequently contested the leadership election of 1997.

He has written several books on free enterprise, democracy and the European Union. His most recent publications include "Our Currency, Our Country" ,published by Penguin, and "The Death of Britain", published by Macmillan. They can be ordered from most good bookstores.

He was elected President of The Selsdon Group in November 2001. The Group published his transport pamphlet, "Get A Move On!", in 2002. 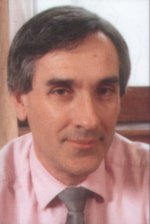