We believe that individual enterprise is the source of all progress in economics, the sciences and the arts and that the task of politics is to create a framework within which the individual can flourish.

We believe that every individual should be judged by his actions and not according to arbitrary criteria of race, creed or colour.

We believe that economic freedom is vital to political freedom because power is then diffused among many different enterprises instead of being concentrated on the State.

We oppose the view that the State should have a monopoly in health, housing, education and welfare.

We uphold the right of the individual to cater for his own preferences in the market, believing that the State provision should supplement, rather than replace, private provision.

We see our primary role as to influence the Conservative Party, so that it embraces economic and social policies which extend the boundaries of personal choice. 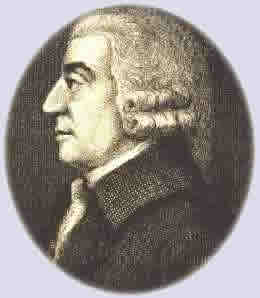 "It is not through the benevolence of the butcher, the brewer or the baker that we expect our dinner, but from their regard to their own interest."